What is working and what is not

Most functions are working when you use a pair of AirPods Pro with Android, but you still need an iOS device to configure them.

Good, but no better than any SONY earphones I owned. If you are looking for HiRes sound quality, never look to Apple.

The AirPods Pro’s bluetooth connection is working fine with both my Pixel phone, my Alienware desktop, my MacBook Pro and my iPad in most time, but still I encountered a few moments when connection is dropped off.

Charging is fast with the battery case, and the case isn’t charge so fast as I want it to be. The pods didn’t even come with a charger.

Will it dropped off?

No, it won’t. Even when I’m shaking my head.

How is noise cancelling working?

The promotion video is telling no lie that when I turn on the Active Noise Cancellation mode I feel that I am separated from the environment and like a characters is expressing his/her inside voices in a drama or film.

But the Active Noise Cancellation isn’t cancelling everything I hear in the environment around me: I can still sense people’s talking but I won’t hear what their are talking about, and I can still feel cars’ passing by on the road but the noise is decreased to some lower level that won’t bother me anymore. Maybe AirPods Pro’s maximum power is limited by its size, or maybe Apple think it is essential to present a noise cancelling product that its user can still sense his or her surroundings for safety reason.

Apple never delivered a product with complexity, the best way for most users is just a on or off.

So let’s talk about the off mode which is not actually off and officially named Transparent mode. In transparent mode, user can hear his or her surroundings very clearly because in this mode the AirPods Pro is amplifying user’s surrounding sound and merge it seamlessly with what the user is listening on device. So when I need to talk to someone while wearing AirPods Pro, I don’t have talk them off, I just switch the pods to transparent mode and have my conversation. This is not an Apple’s creation, other noise cancelling product does it too.

Why did I buy it?

The ultimate reason I buy it is its figure, so tiny and so compact that I can’t feel any uncomfortable, sometimes I can’t even feel that I am wearing it (mostly on transparent mode).

I’ve been a long-time fan to SONY’s earphones hitherto, admiring their good quality of sound, and I have compared it with the WF-1000XM3 carefully before choosing which to buy: both are doing well at noise cancelling and sony is undoubtedly superb at sound quality. But I have clear mind that I am looking for a real comfortable pair of earphones which is a truly wireless one this time, so WF-1000XM3 didn’t workout for me, for I can’t stand it’s size and shape, comparing to how beautiful a pair earphone Apple has sculptured.

Lots of people criticized the figure of the original AirPods when it was launched, but not after long, Apple is leading the fashion yet again, and almost every 3C manufacturer is copying Apple these days.I just can’t set loose of the temptation of supreme combination of technology and design, Even though I had my issues with some sick iPhone owners, and I have swore to never buy a phone chatting using blue bubble.

And yes, I bought the AirPods Pro out of the pride and prejudice. People around me still paying the installment for their iPhone won’t recognize what brand my beloved Pixel phone is, but when I am wearing AirPods Pro, I’d probably be looked up to as an Apple’s Pro user. 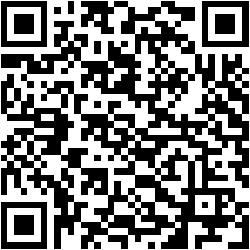