Bootstrap a GitLab pipeline in no time

GitLab team officially stated the requirement for RAM is 2GB, but I am sure you really need more than that to run your whole pipeline.

GitLab is good and easy to setup

I have been managing 2 GitLab instances for over 4 years, and I am confident to say it’s the best open source private git server you can find for now. It’s not just a git repository server, you can easily setup a whole pipeline for your team with it’s CI/CD functions.

Setting up a GitLab on Google cloud platform is quite simple, you can do it within a few clicks. But the expense is high and you might miss all the fun.

The GitLab team has built the application into a docker image, it can deployed with just a few lines of docker configuration.

The best way I can come up with to run a single node docker container is to use docker-compose, with which you can put all you docker and app configuration into one yaml.

There is a famous third party repository named sameersbn/docker-gitlab that helps bootstrapping gitlab in one single yaml file.

I used it for a year while no offcial version provided. Then I turned to the official docker image after it came out, for:

However GitLab team didn’t provide a docker-compose file, so I studied the documentation and made one of my own as below.

Since the https function built within is disabled, now I can use external SSL tool to setup a secured tranport like certbot, of course, I used it with Nginx.

And this is one of the reasons why I use the official image over sameersbn/docker-gitlab, I never succeed in configuring SSL with later one.

The sameersbn/docker-gitlab image has a built in backup scheduled task, but offical image is just the applicaiton.

This is a docker exec command, please run it without the -it parameter, for you are running it in crontab, which is not interactive. 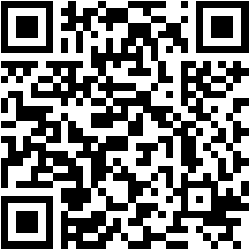