I didn’t correctly understand the meaning of community until I took a close look at it.

As far as I know, community is a new word in Chinese. I firstly met it when street offices’ name in China were turned to community at the beginning of 21th century. So I always thought a community is just an area of place, and its translation in Chinese (“社区”) is also referring to area. “区” means area in Chinese.

I know that BBS is also called community, where people publish posts and do their discussion. I naturally thought that people calling BBS as community is just because they want make users to think the site is an area of virtual space where people gather together to discuss their topics.

Until I heard Chris Metzen referred people in Azeroth world (who may be players or developers) as a community at his retirement announcement, then I came to realize that I have misunderstood the word all along. It should not be understood as an area or place, it is actually referring a group of people who communicate their common topics, that’s why it is called community.

Later I met this word again in Red Dead Redemption 2 when Arthur Morgan referred his gang as a community, so I fully understood that he was talking about his people but not his camp and camping place, and also, I found this word to be quite ancient, it exists right before the modern age. 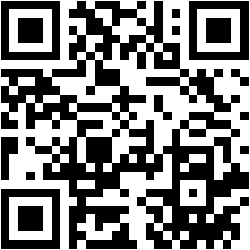